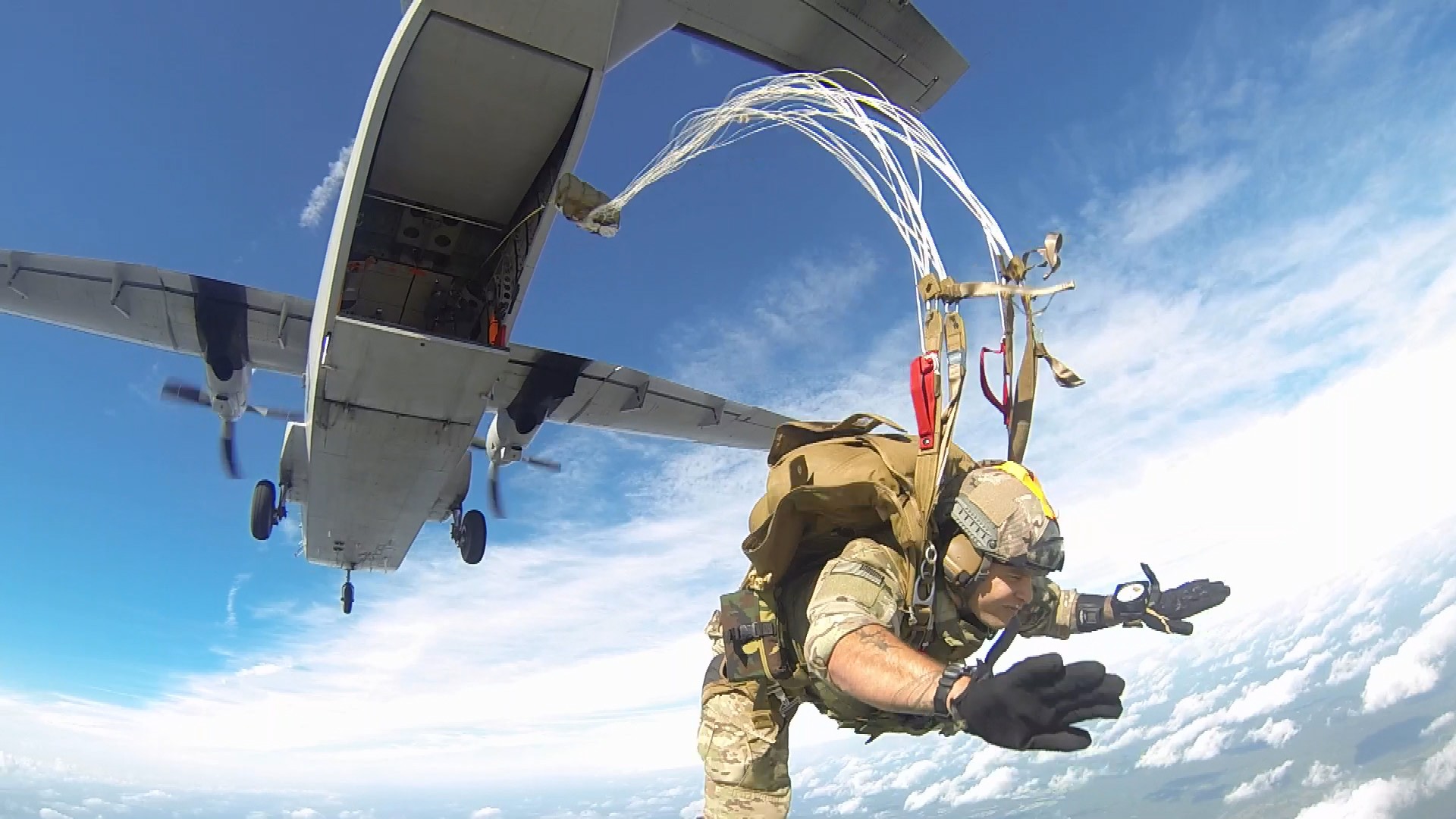 What is static line training, and why is it included in a military freefall operations package

Static line training is the original parachuting training method. Utilized by the U.S. Military for the insertion of paratroopers in World War II, static line parachuting has a long, rich history and, believe it or not, even continues to have a modern-day presence. Although often serving the same military purpose, static line today is a bit different than at its inception, and likewise, static line parachutes have naturally undergone extensive modifications to have more advanced functionality than their predecessors.

Not familiar with this form of parachute training? Allow us to enlighten you!

What is static line training?

Static line is used primarily in military skydiving and freefall operations as an introductory training method because it reduces the likelihood of human error during parachute deployment and allows jumpers to exit from much lower altitudes, which in combat can be as low as 400 feet. Static line training can also be used as a transition training to prepare jumpers for full altitude skydives.

Later, it was retired military members who would help get civilian parachuting off the ground. In fact, during the early years of civilian skydiving in the 1960’s, static line training was the only method of skydiving training. Likewise, the skydiving equipment used for early civilian jump operations was military surplus gear.

Though it has a lengthy history, static line training isn’t just an antiquated form of military skydiving. Rather, as it is considered one of the safest ways to jump from an airplane, it is still used today in the Army’s Basic Airborne Course.

Although we are a civilian skydiving operation, because of our aircraft and our facilities (including a private military training facility separate from civilian activity), we are an ideal training destination for military freefall operations.

If you’re a civilian interested in first-time skydiving, you can learn more about tandem skydiving here. Or if interested in learning to skydive, check out our Accelerated Freefall training program!