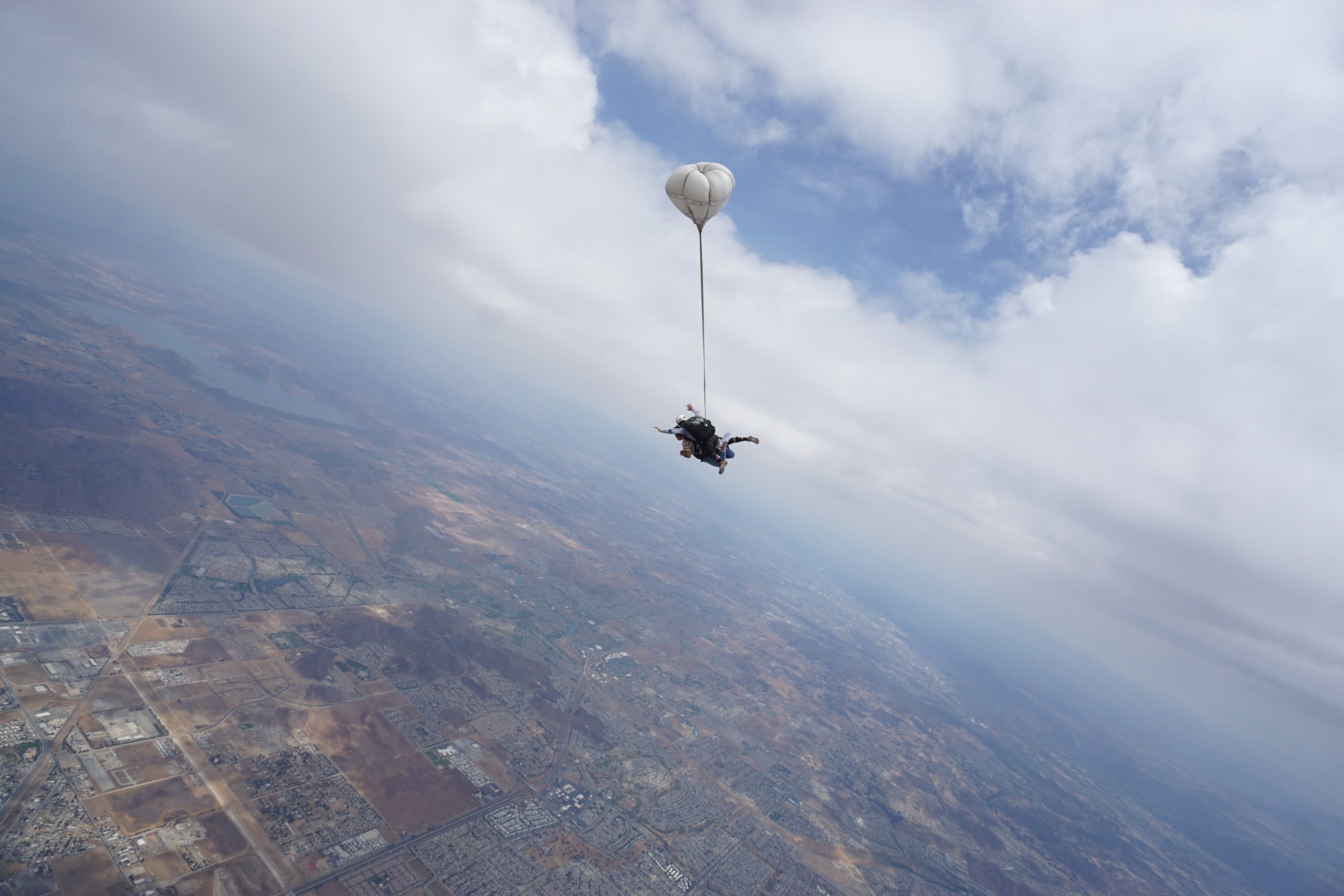 How does a drogue parachute contribute to a tandem skydiving experience?

If you look at a picture of a tandem skydiving pair in freefall, you’ll notice a thick bridle extending up above them that ends with what appears to be a small white parachute. If you’re the curious type, you might wonder what that small parachute is for?

But that small white parachute you’ve identified is actually called the drogue. Although tiny in size, it’s impact on the skydiving process is might — keep reading to learn a bit about the drogue and how it works.

What Is A Drogue Parachute?

Specifically in skydiving, the drogue has a smaller surface area than a regular-sized parachute. Likewise, because the drogue is smaller, it produces less drag, making it perfect for deceleration because it can be deployed at speeds that would shred a conventional sized parachute.

History and Uses of Drogue Parachute

Invented by Russian professor Gleb Kotelnikov, the first iteration of a drogue parachute appeared in 1912. Later, in the 1930s, the drogue parachute helped with the deceleration of aircraft in areas with small or limited landing sites, such as drifting ice stations within the Arctic. Proving successful in aviation, drogue parachutes have also been used on modern jets like the Eurofighter Typhoon. Even today, celestial exploration companies, like SpaceX, use a drogue parachute on space vehicle recovery systems.

So, how did drogue parachutes end up being used for skydiving? 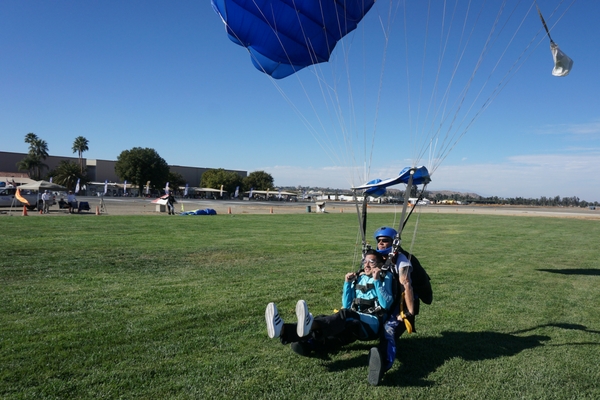 Back in the 1980s, one of the challenges to the development of tandem skydiving was reducing the speed of the tandem pair enough to allow for the safe deployment of a parachute. Ted Strong, the inventor of tandem skydiving, ended up using the drogue parachute to solve this major hurdle in commercial skydiving operations.

In tandem skydiving, the drogue parachute serves a variety of purposes. As we mentioned above, it slows the tandem pair to a terminal velocity that better matches a solo jumper in freefall (120 miles per hour). Without the drogue parachute, a tandem pair would fall closer to 200 miles per hour. If a main parachute was deployed at this speed, it would not just be painful for the instructor and passenger, but also, in many cases, it would cause the main parachute to rip apart. Also, from a “return on investment” standpoint, thanks to the drogue, you just almost doubled the time you spent in freefall before having to deploy the parachute.

In addition to slowing the pair, the drogue also aids in stability, making it easier for instructor and student to maintain a solid, belly-to-earth orientation. And lastly, the drogue parachute is an important part of the parachute deployment sequence on a tandem parachute system. When the instructor pulls the ripcord which opens the skydiving container, the drag created by the drogue extracts the main parachute and allows the freefall portion of the skydive to come to a gentle end.

If Strong didn’t develop a tandem parachute system that utilized a drogue, tandem skydiving would not have gotten off the ground and millions would have missed the opportunity to take flight. Lucky for us, the drogue parachute succeeded.

Want to see the drogue in action? Contact us to schedule your tandem skydive with Skydive Perris today!