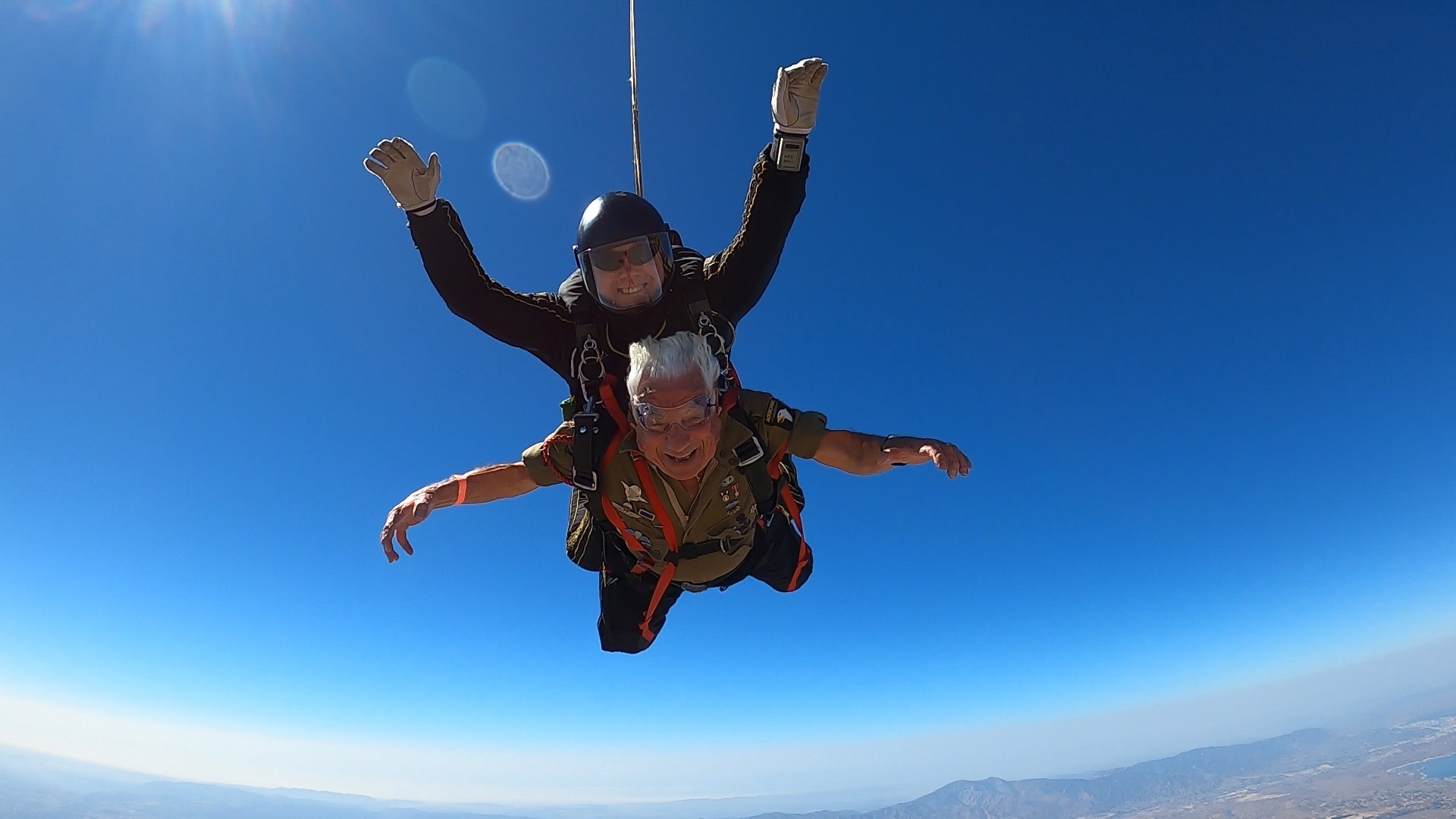 Is There An Age Limit For Skydiving?

We have some news that might surprise you: technically, you’re never too old to skydive! That’s right. Just because you might consider yourself “over the hill” doesn’t mean you have to give up on your dream of flight.

There are a couple of requirements for skydiving participation regardless of age:

Number one: you need to be relatively healthy and in fairly good shape. Skydiving will require you to have the physical strength to board and exit the aircraft. Additionally, you need to have moderate flexibility to ensure a stable freefall, and you must also be able to lift your feet to about a 90 degree angle for landing.

Number two: you must also have the cognitive ability to understand the risks of skydiving and to likewise make your own decision to jump.

If you’ve got those requirements covered, a skydive could be on your horizon!

What’s the Oldest You Can Skydive?

Though we certainly wouldn’t consider 40 years of age to be old, the Parachutists Over Phorty Society is the flagship skydiving club for older skydivers. Formed in 1966, POPs is a club for skydivers 40 and up. Qualification for POPs is simple: you need to have made a freefall parachute jump, static line parachute jump, or a tandem skydive at or over the age of 40!

Within POPs there are smaller groups such as SOS (Skydivers Over Sixty), JOS (Jumpers Over Seventy), JOES (Jumpers Over Eighty Society), and even JONs (Jumpers Over Ninety Society)! There is currently only one active JON, the founder of the SOS, Pat Moorehead. He celebrated his 90th Birthday in November 2021 by doing nine skydives, here at Skydive Perris.

In April, Skydive Perris will be the proud host of a Skydivers Over Sixty World Record Event! Organized by the one-and-only Dan BC (six-time world champion skydiver and General Manager of Skydive Perris), the World Record Event seeks to build the largest SOS freefall formation–an impressive 100-way! Though, be prepared: the organizers don’t intend to stop there! Once the 100-way record is in the bag, the plan is to also attempt (and hopefully secure) a Skydiver Over Sixty Sequential 100-way World Record!
We wish them good luck! (But, with their skill, they won’t need it!)

So, What’s Holding You Back?

Like they say, age is just a number! Don’t limit yourself. If the wild blue yonder is calling, answer! Schedule your first tandem jump with Skydive Perris today!