Behind the Scenes of Point Break

Point Break is not only an iconic adventure-seeking movie from the 90’s, it’s also a movie that re-shaped the sport of skydiving! We recently caught up with accomplished skydiving photographer, Tom Sanders, who is the man responsible for capturing those aerial skydiving scenes that now live in our memories forever. 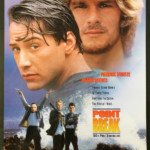 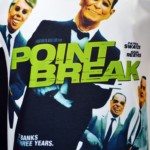 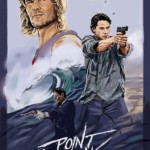 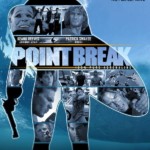 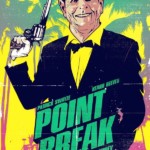 Point Break transformed the popularity of skydiving to a degree not seen since. When you filmed these skydiving scenes, did you have any sense that this would be such a major movie inspiring an entire generation of new skydivers?

I really had no idea that Point Break would become such a cult classic and have such an effect on skydiving. I knew it was a big deal since Patrick Swayze was involved but I don’t recall expecting the level of influence it had on skydiving. It was long before GoPros so exposure to skydiving was pretty limited; long before the Internet, Facebook, etc. Back then was just the beginning of many decades of good skydiving exposure with commercials, TV shows and the occasional feature film. 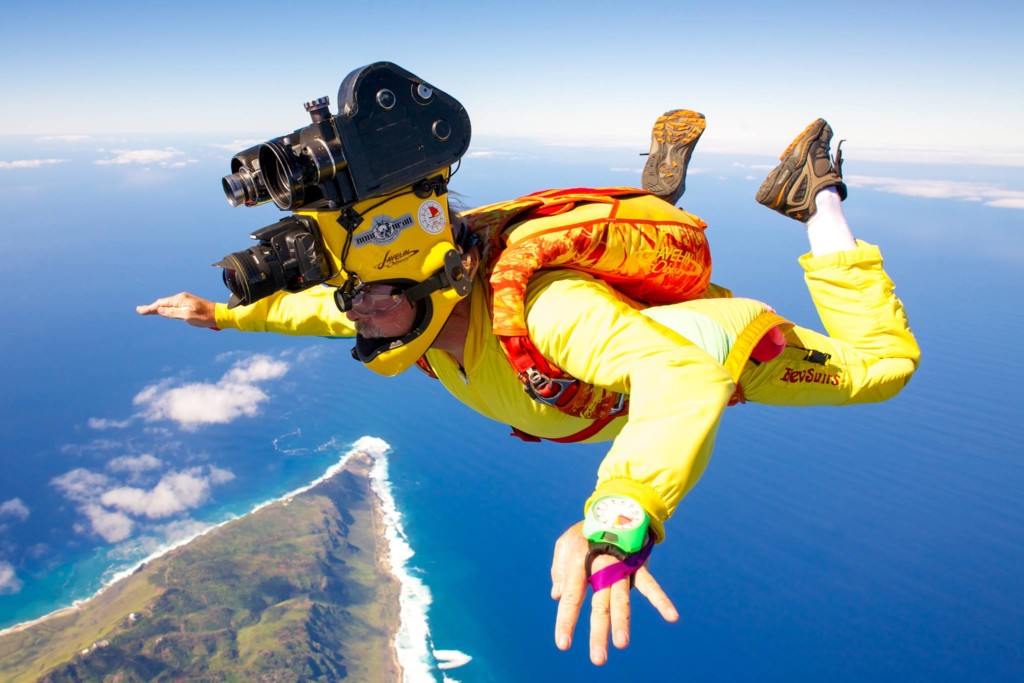 Skydiving photographer Tom Sanders working on a film in Hawaii

Patrick Swayze did many jumps in several of the scenes. What was he like to work with?

Patrick Swayze was pure joy to be around.  They would not let him skydive while “principal photography” was going on but he was sneaking out to the DZ to train. I only got to be with him for two days I think. After the studio was happy with all the footage for the skydiving scenes, he called me up and asked me if we could go out to Skydive Perris and shoot some more shots. He said he could get the film if I could get the camera. Not even sure who paid for the jumps but it did not involve the studio, he just wanted to make the scene better. I was able to shoot up angle shots only because the filming in the movie did not take place at Perris. So we did exit shots, tracking, and deployments with me on my back. He didn’t have many jumps… maybe less than 50 but he did great. He was friendly, easy to approach, just a cool mellow guy with no attitude about being a movie star.

What are some of the things that surprised YOU about Point Break that few people know about?

That Patrick Swayze was attempting to do the surfing during principal photography and he was not a surfer. The studio would allow him to try and surf but not skydive during the principal photography filming. They can’t chance the main character getting hurt. I know many of the people involved with the surfing scenes because much of it was shot here where I live in Hawaii. Surfing is a VERY difficult sport to learn, much less look like you are a super cool Bodhi while surfing. Eventually, they had to put him on a skid behind a jet ski to fake some shots. As a surfer and skydiver, I know skydiving is easier in the beginning. With his dancing and athletic background, his skydiving skills were awesome for the few jumps he had. We had two doubles for him but he definitely did some of the jumping that is in the final cut but no real surfing. 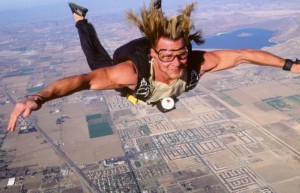 What was the location where most of the Point Break skydiving footage was shot? What portion of the movie was filmed at Perris?

There were two skydiving scenes, one was shot at California City Parachute Center using Perris’s King Air and the other scene was shot at Lake Powell using Perris’ King Air. The only filming we did at Perris for the movie were the shots Patrick asked me to shoot to make the scenes better. He was trained at Skydive Perris so he made a lot of training jumps there.

What was YOUR favorite part of working on this film?

My favorite part of working on the film was the entire scene at Lake Powell. We would take off from Paige Arizona airport, climb up to 14k for the jumps. The jumps would take place far from the airport over the Lake. We were required on all but the landing shots to land on top of a mesa to stay away from the general public on the lake and shore. Then a helicopter would pick us up, fly us back to the airport and repeat. Pretty decadent and awesome scenery. I was also working under the direction of skydiver and 2nd unit director Kevin Donnelly who is a legendary skydiver that more jumpers should know about. I was also working with Ray Cottingham who was my mentor as a cameraman. He made a good double for one of the jumpers and it was a major honor to have them put me in the camera slot.

Patrick Swayze’s brother Don, was an active jumper at Skydive Perris. Did he play any role in the movie other than getting Patrick into the sport? 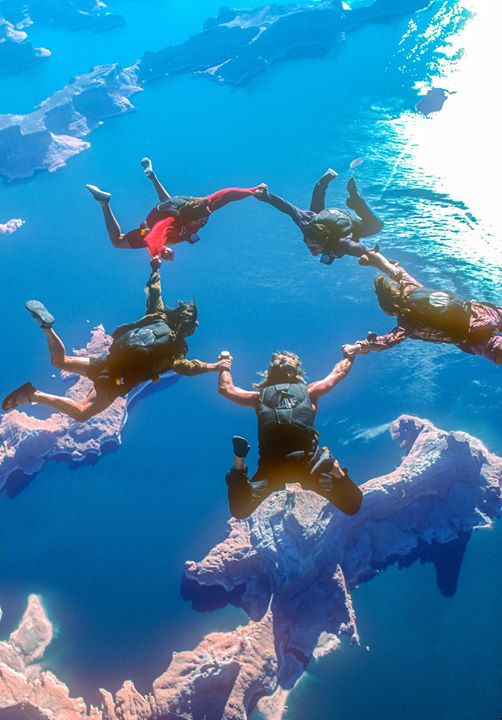 I can only guess that Don’s love for skydiving had some influence. I know he was in the plane at Perris when we did the pickup shots. I got to hang with Don a bit because of a mutual friend and skydiver Moe Viletto. We used to mountain bike ride together.

During one of the scenes being filmed at California City, a helicopter turned suddenly and sheared off one of the horizontal stabilizers causing everyone to bail out. Were you on that load? Can you tell us about it?

I was in my camera room when someone knocked on the door and asked me why there were so many round canopies coming down. I was as surprised as them. It turns out that the helicopter was supposed to peel over the Twin Otter as the jumpers exited to get a nice angle and turn so the cameraman could also keep the jumpers in frame. The helicopter pilot underestimated the height of the tail and hit the vertical stabilizer with the rotor. This was on a practice pass for the cameraman with jumpers not in wardrobe, just skydivers. Kevin Donnelly and Jan Davis were among the jumpers. They actually saw helicopter parts fall past them. In the plane were the real stunt doubles and unfortunately some people that were not skydivers such as a hair and make-up artists and David Donnelly (Kevin’s son).

I do know that the otter pilot told everyone to get out of the plane, including the non-jumpers [wearing emergency parachutes]. I recall Jim Wallace offered to help David Donnelly and he said, ‘I got it,’ and jumped out and deployed the emergency parachute system all on his own. He was the son of a legendary skydiver but I don’t recall him having any jumps or any desire to follow in his dad’s footsteps back then. He went on to become a very accomplished skydiver, quite a first jump if what I recall is true.

Meanwhile, the helicopter was trying to descend and the pilot could not find [control]. World famous cameraman, Frank Holgate told me that it felt like the chopper was going to disintegrate! However, they made it down very slowly and safely. After that Frank Holgate always had an emergency parachute in the chopper I recall. The other pilot declared an emergency and landed at nearby Mojave where they had the ability to foam the runway, firetrucks etc. He was such a skilled pilot.

Of all the skydiving films and commercials that YOU have participated in, is there a highlight that you think most fondly of?

I have been fortunate to have several projects that I am most fond of: Point Break because of how much fun it was to work on early in my career and its resounding success, 3 James Bond films, and working for 3 months solid on the movie, “Drop Zone”. “Drop Zone” would probably be my favorite if I had to choose. It lasted so long, was all about skydiving, had a wide variety of skydiving and even a couple BASE jumps. I think Drop Zone is like the modern day Gypsy Moths. 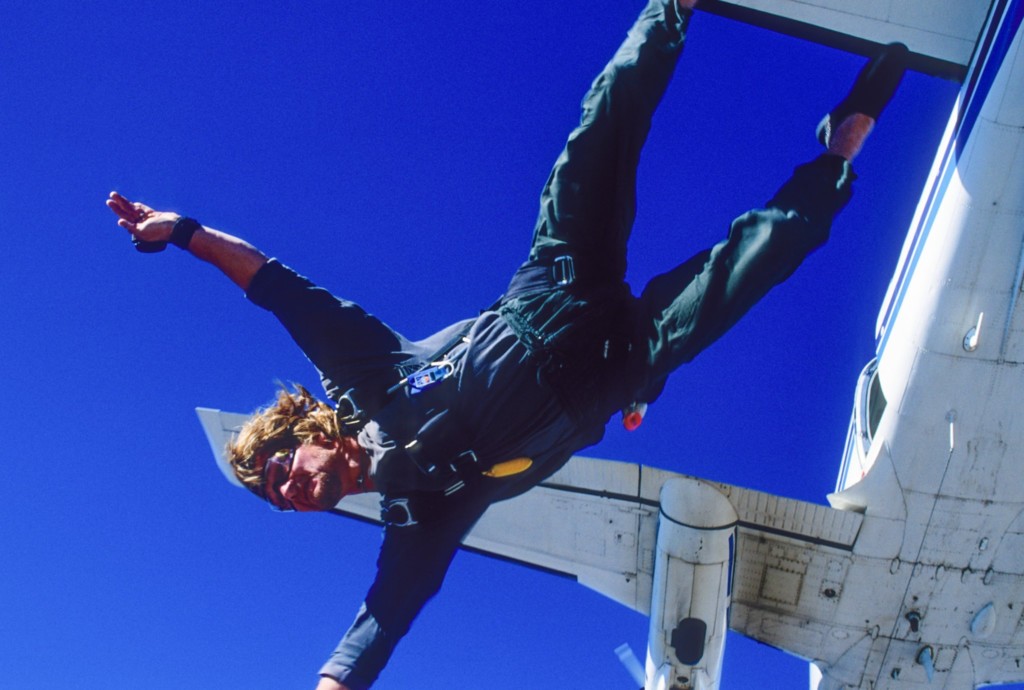 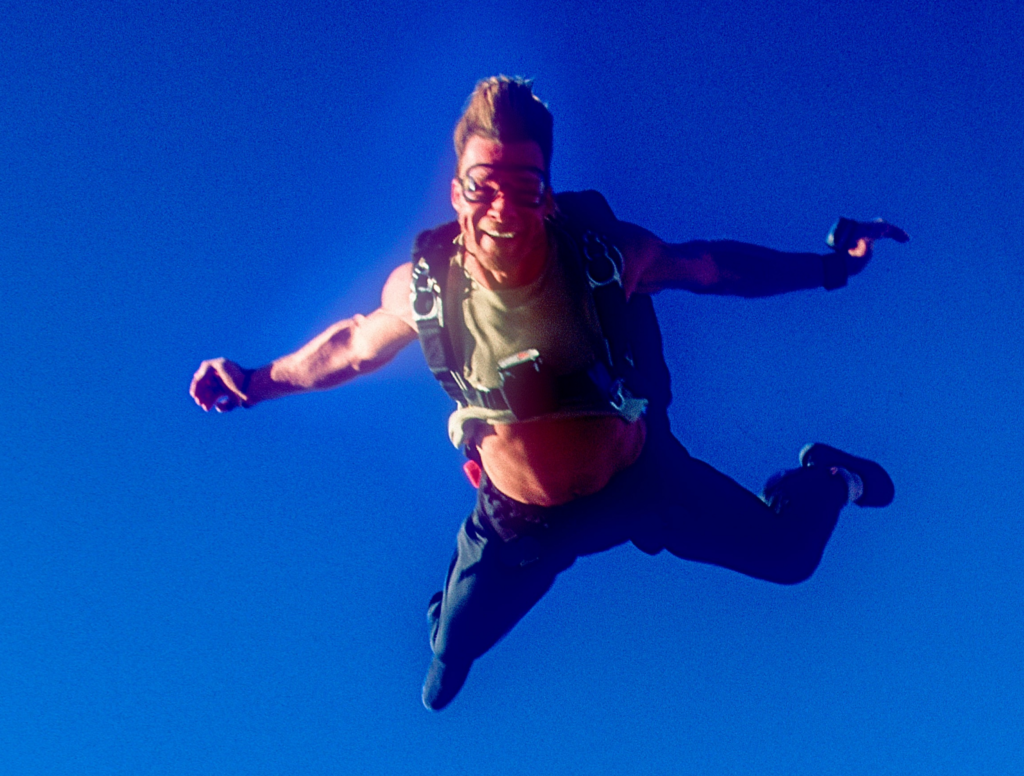