News from the Desk of Dan BC – April

At least once or twice a week I’m told by someone:

“It must be terrific to come to work every day at Skydive Perris.”

“You’re so fortunate to be able to make a living doing what you love.”

“It’s not like work if you enjoy what you do.”

It’s kind of insulting really. All of us that work at Skydive Perris put in some long hard days working crazy hours. It’s not all fun and games. There is real work that needs to be done and we take our jobs very seriously. Last week was a good example.

I was contacted by a couple of experienced jumpers that wanted to do four days of 4way training. I tried to schedule one of our coaches to jump with them but none had all the days available. I had to reschedule several meetings and put off other managerial work I had on my plate so that I could get these guys in the air. We met at 8:00 Monday morning, made a jump then went up to the tunnel to fly for an hour. We walked out of the tunnel and immediately called manifest to find out how long it was before the next load.  It was only 15 minutes! We hustled to the drop zone, put our gear on and made that same load. And then did another six jumps that day. This crazy schedule went on all week!

Finally, on Friday I thought I was going to have a break, but no. Shazza, our school manager, needed me to help with a couple of AFF students from China who were stuck on Level 5.  Before going on another jump they both wanted to do our “jump insurance” coached tunnel session. None of the other instructors were available so I got pulled in. (It’s like she doesn’t know I have other work to do.)  I went to the tunnel with Will and Kai who each flew for 10 minutes. Everything clicked for them! We got out of the tunnel and they were on their next AFF jumps within 30 minutes. They both passed and went on to get their A Licenses four days later!

Right as it looked like things were slowing down the Sisters In Skydiving “SIS” event got going.  Before I knew it, and completely against my will, I was on a 16way with 13 women and a couple of other guys. 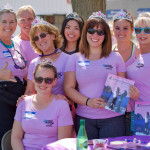 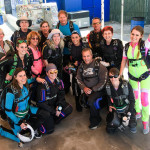 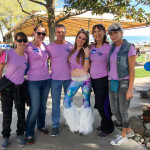 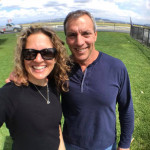 By the end of the day, I just didn’t have it in me to get on the swoop and chug sunset jump. SSo I skipped the jump, not the chug.

If that wasn’t enough, today a group of our local jumpers wanted to see what it would be like to put a slip n slide in the back of a skyvan, lube it down, pull the nose up and slide a train out the back with everyone in their bathing suits.  Well, someone had to keep an eye on that craziness, as the DZ Manager it was clearly my responsibility.

So, if you were under the impression that working at Skydive Perris is some kind of playful, dream job please know you are absolutely right!! It doesn’t get any better! Come visit me at work and join in on all the fun we have coming up!

Spring is Hopping at Skydive Perris!

We have groups and teams here every day. The first Otter load is taking off by 8:00 am seven days a week and the skyvan usually starts up shortly after. You’ll be able to get in as many jumps as you want!

Along with the other great FS, FF and WS organizers at Perris,  ROBERTA MANCINO is also spending the Spring with us!!  Roberta will be on the dz coaching and organizing through the end of May.

At this boogie we are doing it all!  Check this out:

Two Twin Otters. Sorry, I mean Three! But if you prefer running out the back of a tail gate there will be four Skyvans that’ll have you covered.

No boogie fees, $22 jumps and a huge party Saturday night!

Look at this team of Organizers and Coaches:

MARK KIRKBY, the most decorated competitor in the history of Formation Skydiving returns to Skydive Perris and will join the Perris Organizers to take FS jumpers at every level on some great skydives.

TAYA WEISS, VAL SOBOL, and the Lightning Flight team will be showing Wing Suiters the latest and greatest in Formation and Backflying! 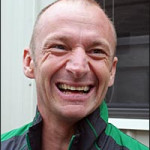 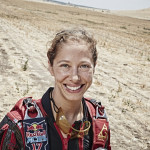 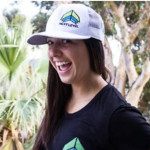 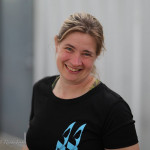 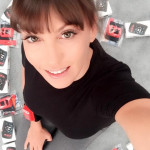 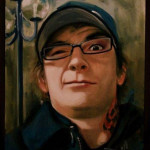 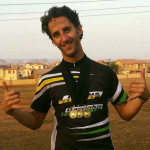 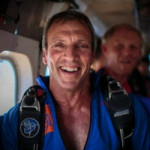 CHRISTY FRIKKEN – *Get ready for the Nationals*.  Christy will be here to coach and help out any and all 4 and  8way teams.

*You’d Rather Freefly?  ROBERTA MANCINO, CARSON HILL AND DAVE HEBERT are waiting for you.

(Some guy named  Dan BC will be goofing off on the drop zone doing who knows what.) With a gang like this you never know what kind of hybrid, XRW or other madness may ensue!

This caliber of World Class organizers and coaches is worth any price!

But it’s on us! No boogie fees, $22 jumps and a huge party Saturday night! Yeah, you want to spend Easter at Perris!

Sixty is the new forty!!  That’s definitely true in the skydiving world.  In the 1980’s hardly anyone in their 40’s jumped.  It was too tough a sport back then to start when you were 40.  And most people who started in their twenties during the 60s had usually gotten too busted up to still be jumping in their 40s.  Not anymore!!  There’s no stopping us now!!

Additional world records will be attempted for:

DID YOU KNOW THAT WHEN YOU REFER A TANDEM STUDENT TO OUR SCHOOL YOU GET A FREE JUMP?

If you have any friends that are thinking about making their first jump NOW is the time. During the entire month of April, the Perris Valley Skydiving School is offering discounts on tandems and video!!  The Tandem jumps are only $179 and Basic Video only $69.  That’s a $30 savings!!

*Use Coupon Code ‘EASTER2017’ at checkout to receive the discount!

When your friends make their first jump at Skydive Perris they’ll experience so much more than just a skydive. They’ll experience “skydiving” and everything you love about it including the community, all the different disciplines, and a drop zone that has been around for 40 years on a private airport that every inch of was designed specifically for skydivers.  There is a reason Perris is known as a skydiving resort.  Skydiving is so much more than most people realize and all it takes is one day at Skydive Perris for them to learn what it’s all about.

One of the most fun parts of skydiving is getting together with friends from around the world to do large freefall formations. There are all sorts of terrific large formation events being held across the entire globe.

To be a part of them you have to have some experience jumping with bigger groups. The P3 Big Way Camp is your chance to get that experience. If you don’t often have the chance to do formation loads, or always get put in the same slot when you do, you’ll want to come to the camp. In 4 days you’ll do it all.

We’ll be organizing jumps between 16 and 60 ways.  You’ll fly as later diver, early floater and from both left and right side trail planes.  If you’re always in or close to the base we’ll give you a chance to fly on the outside.  If you’re always on the outside you’ll have the chance to see what it’s like in (and learn a new respect for) the base.  You’ll to do it all!  If you can dock on a 4way every time we’ll show you how to dock on a 40way.

Skyidve Perris is proud to be hosting the USPA National Skydiving Championships! Preparations are already underway and registration is officially OPEN!

We invite you to register early and take advantage of the various skills camps we’ll be hosting throughout the year (Christy Frikken will be coaching 4-Way and 8-Way teams during the Easter Boogie). For more information and to register, click here.

World Champions and all around good guys, Travis Fienhage and Andy Malchiodi have made breaking records a hobby.  From November 9th – 12th, they plan on killing the current California State FF Record by doing a 100-way. Skydive Perris is planning to use as many of our fleet of Skyvans as we can to help make it happen. Travis and Andy are collecting the best of the best freeflyers for this one.  If you’re not one of the best yet, you can be by November!  They’re holding FF Big Way Camps throughout the year to get you ready.  Camps are scheduled at Perris on June 23 – 25 and November 7 & 8. FFI Contact Andy Malchiodi

Make your plans now to join us for the Party in Perridise Holiday Boogie!  Every kind of skydiving from your favorite airplanes.  If all works as planned even a DC9!!  Details to follow.

Keep an eye on the Skydive Perris calendar of events to keep up on everything that’s happening at the DZ.

Categorised in: Dan Brodsky-Chenfeld, From The Desk of Dan BC, Skydiving